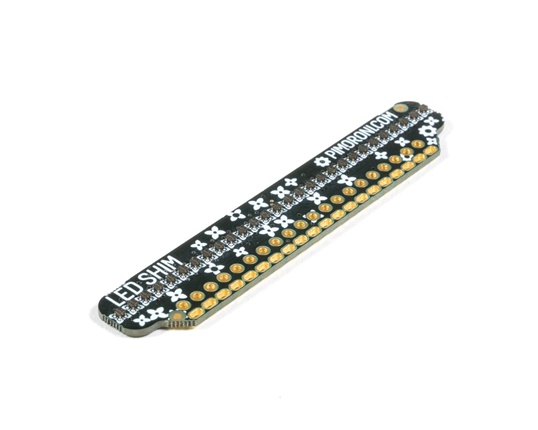 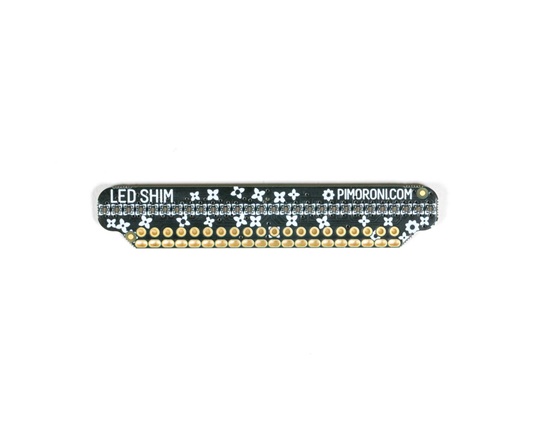 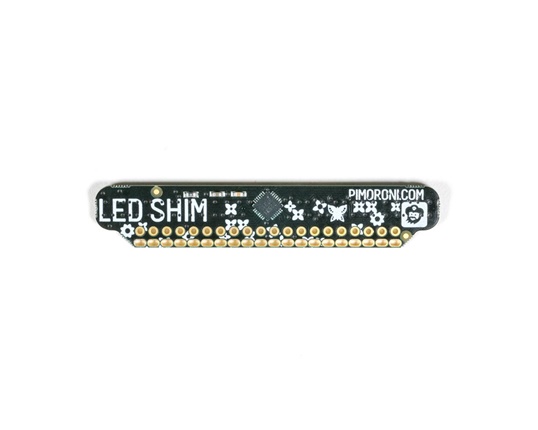 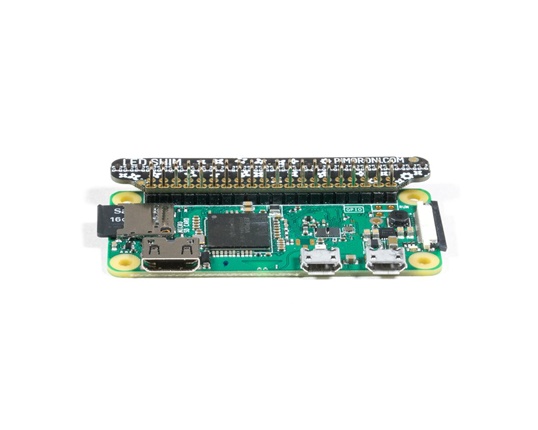 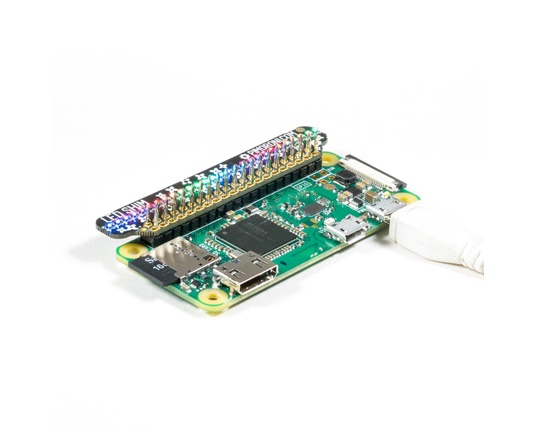 28 tiny RGB LED pixels in a single row that just slip right onto your Pi's pins, no soldering required! LED SHIM is ideal for status updates, notifications, a VU meter, or as a bar graph for sensor readings.

Our SHIMs (Shove Hardware in the Middle) are a new range of boards designed to be small, affordable, and handy. They're just 0.8mm thick (the bare board, not including mounted components) and designed to be soldered straight onto the GPIO pins of your Pi, if you wish, so that you can use them with HATs and pHATs on top.

The really nifty thing about LED SHIM is that it doesn't require any soldering. We've engineered a new friction-fit header that slips securely onto the Pi's pins. Because LED SHIM's PCB is just 0.8mm thick, like our other SHIMs, you can use it at the same time as HATs and pHATs, and it'll stick out and be visible at the top of your Pi. Of course, if you want to solder LED SHIM to your Pi's pins or solder a female header to it, then you can do that too.

These are similar (but even smaller) to the RGB LEDs that we use on Unicorn HAT HD, being driven by the same IS31FL3731 LED matrix driver chip that's on Scroll pHAT HD. Coding LED SHIM is just like coding a Blinkt! with more pixels, so if you've used Blinkt! then it'll be very familiar to you.

We've put together a one-line installer to install the LED SHIM Python library. You'll be up-and-running in a jiffy! There's a bunch of example programs to show you what's possible with LED SHIM, that you can learn from and adapt to your needs.

To install the software, open a terminal and type curl https://get.pimoroni.com/ledshim | bash to run the one-line-installer.

Our software does not support Raspbian Wheezy.